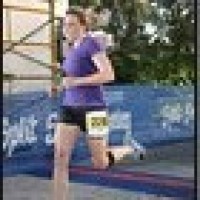 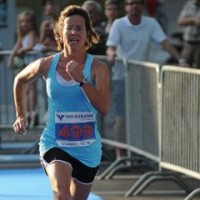 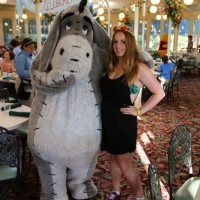 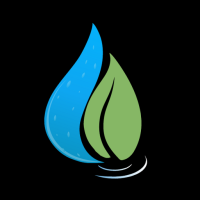 Day 1 and Day 2 for this week called for 45 minute runs on Tuesday and Thursday.

This is one of those events, that is always going to be hard for me to place anywhere near the top of my age group.  People come to this event, from all over the country (and Canada).  From California to West Virginia.  From Vancouver, BC to Florida.

This is a tough course.  It’s nothing but hills.  I don’t remember any flat sections at all.  The weather also played a factor in my inability to PR this year.  It was extremely hot and humid.  Not ideal running weather.

The course was clearly marked!

This shows the elevation.

My Thursday run was done on Wednesday.  I texted Kylee to see if she was available, and we met up at Beutter Park, along the river in Mishawaka.  This is a nice park to run/walk in.  There are paved paths all along the edge of the river.  There is a 5k course laid out, that I had printed a map for.  So we attempted to follow the map while running.  I am apparently map illiterate, because I had us make at least two wrong turns.  But we ended up with a 3 mile run when it was all said and done.

You saw in a previous post that I had picked up two new headbands from the Blueberry Festival last Saturday.  One was Wonder Woman and the other was Michigan State Spartans.  Tonight I decided to try and make my own.  I picked up what I needed from the craft store and after dinner I got it all cut.  I picked up 4 different patterns, and then made 1 of each.

I’m going to take each one for a test run and see how they do.  They aren’t quite as tight as the 2 that I bought at the festival, and I’m hoping that’s a good thing.  They are fitting my head nicely at the moment, but I want to make sure that they stay on during a run.

Happy running (and swimming and biking!)